Skip to content
Cart
Now reading: Challenging the Canon as a Way to Connect to a Wider World
Share
PrevNext
In 2019, Milestone co-founders Dennis Doros and Amy Heller spoke at length with New York Times writer Reggie Ugwu for a piece he was working on about “diversity in film preservation.” (The final article was published in late August 2020 and focused mainly on the Criterion Collection.)

After speaking with us, Mr. Ugwu emailed: “I wanted to follow-up on one thing that didn’t occur to me in the moment. We talked about Milestone’s mission to fuck with the canon, and we talked about the work that goes into championing the work of forgotten and underrepresented filmmakers. But I wonder if I could get your thoughts more directly on why the canon needs to be fucked with in the first place. Why do you think it is that canonical film institutions, even those overseen by ostensibly well intentioned people, continue to be dominated by the work of men — especially white European and Asian men — while films by African-Americans and women are overlooked?”

Here is Amy Heller’s full reply from September 2019. She was quoted accurately in the New York Times article, but the complete email may offer some more context:

Forgive me if this is a bit disjointed... I have some ideas floating around that may not have quite settled down.

I think that canons are created to identify individuals of importance and value. That is true if the canonized are saints, novelists, painters, or philosophers. But that raises some important questions:

In the film canon, the process has happened again and again. Among the canonizers have been studio executives, French New Wave critics and filmmakers, film festival programmers, professors, Netflix, IMDb, textbook writers, American Movie Classics (remember when they showed movies?), newspaper reviewers (have you ever read old reviews by Bosley Crowther of New York Times?). Sometimes the canons they created overlapped, sometimes they diverged, but the overwhelming majority of the filmmakers anointed, like the people who chose them, were white men. They certainly felt (and feel) that they are competent to make these choices and the world they live in affirms their knowledge, acumen, taste, and authority.

In selecting these cinematic saints, the canonizers often considered the actual or perceived potential economic value of a filmmaker’s work. Whenever I hear a news report about weekend box office numbers I wonder why (except for maybe theater owners) would anyone care? It is a weird aspect of capitalism that we consider money making an artistic virtue. Sometimes I think about the life of Vincent van Gogh, an extraordinary artist who was spectacularly “unsuccessful” in his lifetime — meaning he didn’t sell a lot of paintings. And now this man who was truly despised when he lived there is responsible for the hugely lucrative business at Amsterdam’s Van Gogh Museum and his paintings sell for tens of millions of dollars. 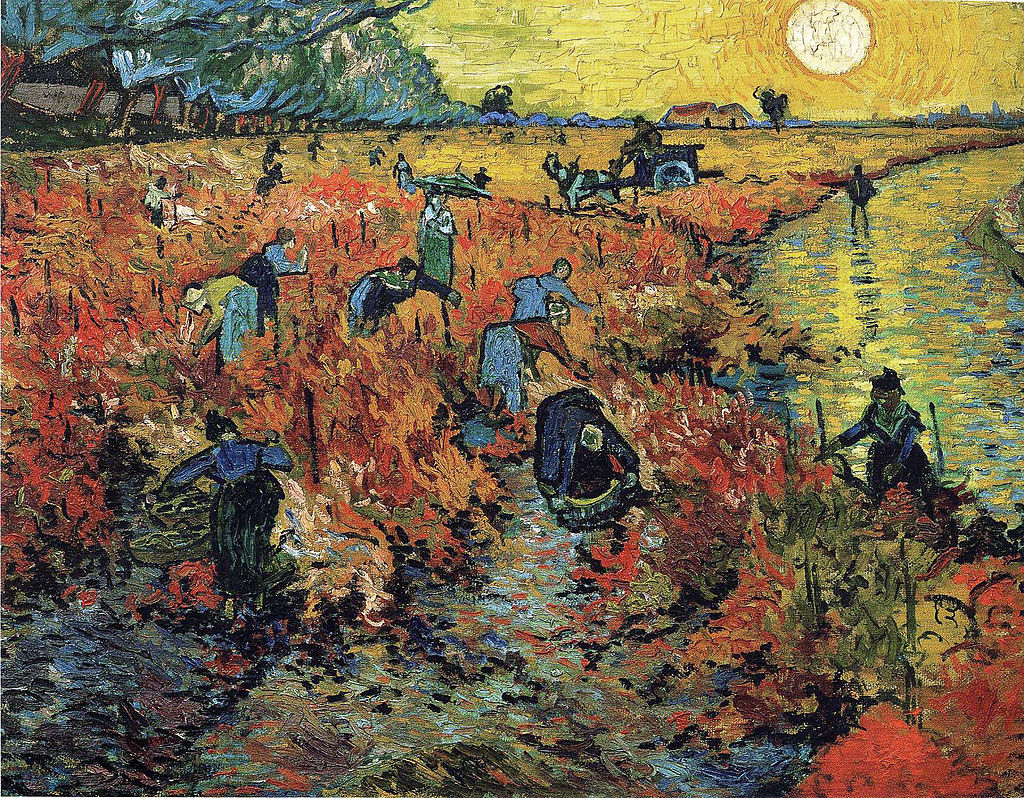 Red Vineyards may be the only painting sold during Van Gogh’s lifetime.

It is so easy to get blinded by hype and assumptions. But we do need to ask why we think big budget movies with identifiable stars and expensive music are worth more than student films, independent documentaries, home movies, and experimental cinema. Are films that win awards “better” than those that don’t? Better for whom? Better why? And as folks who restore films, better when? I love that the passage of time offers us a chance to look back and reconsider whether we overlooked treasures that we can now appreciate.

While the canons may originally have been designed specifically to market Hollywood films, identify overlooked filmmakers, or teach students about cinema techniques, they tend to get repeated and reaffirmed again and again until they feel monumental and eternal. And the folks who are left out of the lists start to become literally personae non grata... without worth. Not worth talking about, or hiring, or watching.

And if you do not see people like yourself (queer, immigrant, nonwhite, female, trans, poor, rural, non-European/American, uneducated, etc.) making movies or in movies, how can you imagine making them yourself? We need to be grateful for those who do dare to imagine and to try!

I recently read an article in Black Camera journal by Sheila Petty “Close-Up Senegalese Cinema: Unsilencing History: Reclaiming African Cultural Heritage in Kemtiyu—Séex Anta” that made me stop and wonder what would a film canon created by writers, thinkers, filmmakers, novelists, and philosophers deeply rooted in pan-African history, political theory, theater, dance, fiction, and cinema would include. I’d like to explore the unknown (to me) work of those filmmakers!

And this is just a kind of afterthought, reading books by “non-writers” (I’m going to recommend True to Life Adventure Stories edited by Judy Grahn) and watching films by amateur or independent filmmakers allows us to get glimpses of people’s lives and worlds that are invisible in the rest of the culture. For me that is a political act. Rich and powerful people are not better, more beautiful, or more interesting than the rest of us. Honestly, I never need to see or read about another “self-made” genius billionaire. 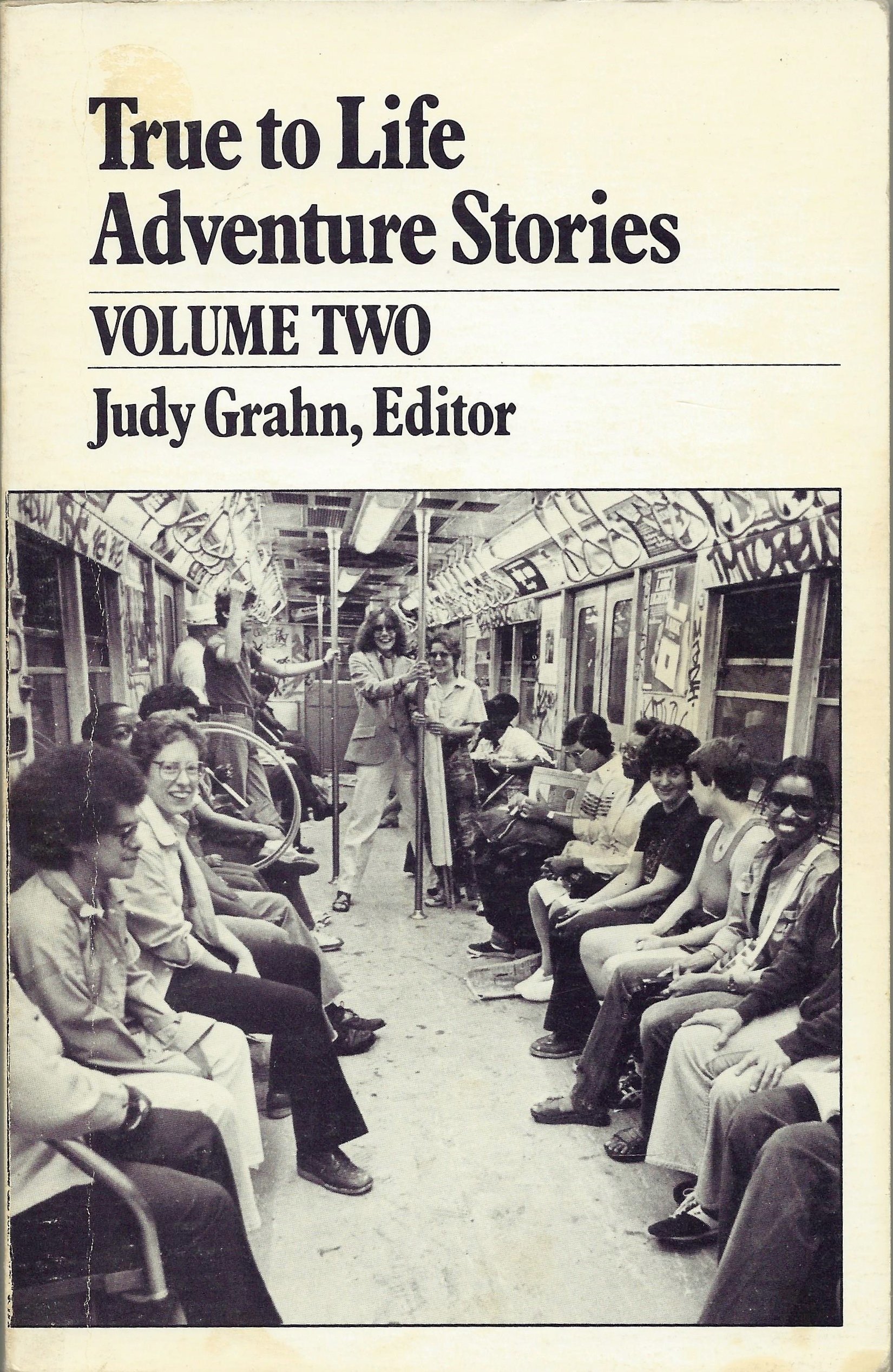 I feel enormously lucky to be able to make these kinds of priorities and choices in my work. I realize that this may be the greatest privilege of all.

I hope this wasn’t too much. When we experience art created by “ordinary” (what a ridiculous adjective!) people, we find great treasures and powerful emotional connections. Seeing the quilts of the women of Gee’s Bend, AL transformed Amy Heller’s ideas about art, craft, the role of women, and even herself. And amazingly, she just learned that the museum exhibition was curated by Dr. Alvia Wardlaw, who appeared in a small role in Kathleen Collins’s Losing Ground.